3 Things You Need To Know Before Buying Gold

Gold, glorious gold. Who doesn't like the stuff? If you're getting ready to buy, you don't want to fall for the first shiny piece of metal you come across. Whether you're pursuing a new hobby as a collector or you're in it to make a buck, here are three things you need to know before handing over the cash.

You may not think there's much of a difference between coins and bars. After all, gold is gold, right?

Actually, no. There are distinct differences between the two.

Coins are popular as collectibles, they can be used as legal tender, and they are more rare than the traditional gold bar. Additionally, like regular coins, they're stamped with the year made, their value, and different, cool designs that can change each year. For these reasons, they are going to be a little more expensive than a gold bar of equivalent weight.

Since coins can be traded for merchandise, they are seen as advantageous over the bars, particularly for those who worry about financial crises down the road. Therefore, they tend to be easier to sell than the bars.

Gold bars are essentially rectangular chunks of gold that vary in size, and they are a great way to invest. But like the coins, they have their own set of considerations.

Bars can be purchased per gram, ounce, kilogram, or in 400-ounce bars. The largest ones are about the size of a brick and weigh 28 pounds. They are also usually the cheapest per ounce because, ironically, they are less costly to make. However, they also tend to be more difficult to resell. Not many people can afford to buy several pounds of gold as opposed to five or ten ounces or even a few coins.

If you can afford it and you're looking for a solid, long-term investment without any plans to resell in the near future, you're probably a good candidate for the gold bars instead of the coins.

How much to invest?

You may be wondering how much gold you should buy or rather how much of your assets should be invested in gold. Many professionals advise from 10-30%, but there is a variation among opinions.

According to Clem Chambers, the CEO of a stocks and shares website, those who have their money spread out among different investments—like stocks and bonds—should have 2-3% of their total portfolio invested in gold.

And then there are people whose philosophy is "go big or go home." According to New York City financial advisor Joshua M. Brown, anything less than 25-50% of total assets in gold is mere child's play. Brown argues that even when gold is valued at $2,000 per ounce, holding no more than 2% of your investments in gold will not have any real impact on the overall value of your portfolio. He further argues that if the economy were to crash, the rest of your portfolio would take a bigger beating than your gold.

At the end of the day, it's probably wise to start small and work your way up to your own comfort level.

How to keep from getting scammed?

Whether you invest in coins or bars, you don't want to get ripped off. Currently, you can buy from online auctions or dealers, banks, and even privately owned coin shops.

But which is best, and which ones are least likely to scam you?

There are no hard and fast rules. A brick and mortar dealer can be just as good as an online auctioneer. But here are some general guidelines to follow.

Complaints. Check the BBB for complaints. But beyond that, do your own research to uncover any lawsuits or other complaints that have gone unresolved. Check with the U.S. Mint for bullion dealers throughout the country or in your area.

Also, ask if there are any extra fees for commissions, insurance, or certain payment methods. Many dealers get charged for a merchant account, and sometimes they pass those charges on to you with as much as a 25% markup. That's probably something you'd want to avoid.

The "1% over" hype. Many dealers advertise that they only charge 1% over spot price. But what they are actually doing is taking the spot price, tacking on additional overhead fees, and adding 1% to that. Keep an eye on the prices for gold at the moment that you are purchasing, and base the "1% over" on that figure.

Fake bars. Several years ago, a number of gold bars in New York City were found to have been filled with tungsten. While this isn't likely to happen to you, it is one that new investors may be concerned with.

Tungsten weighs slightly less than gold. So, if you wish, you can weigh the bars, keeping in mind that a 1 kilogram bar will only be 2 grams lighter if it's filled with tungsten. Smaller bars that are filled with tungsten will be much more difficult to detect, as they tend to vary slightly in their weight anyway. But this option can bring peace of mind to those who purchase the larger bars.

Also be sure that your gold comes with a certificate of authenticity with a serial number as well as a guarantee that the bars can be returned if it's discovered at some point that they are fake.

If you want to start buying and selling gold, click here for more info. 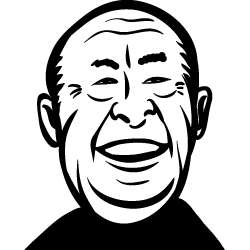 When I was a small girl, my parents purchased me a lavish dollhouse for Christmas one year. This beautifully detailed structure was large enough to accommodate my ever expanding doll collection. The multi-story house even came with a plastic pink elevator. For days, I carefully decorated this miniature house with loving care. My furniture pieces were gently and neatly placed in each room of the wooden abode. After my deliberations, my new doll house truly became my first home. Over the next few years, I spent countless hours playing with my dolls who lived in this piece of miniature real estate. On this blog, you will learn how to shop for the perfect wooden dollhouse that will become your young one’s first home. Enjoy!

Planning Your Landscape For The Upcoming Spring? 2 Tips To Get You Started - 10 January 2020